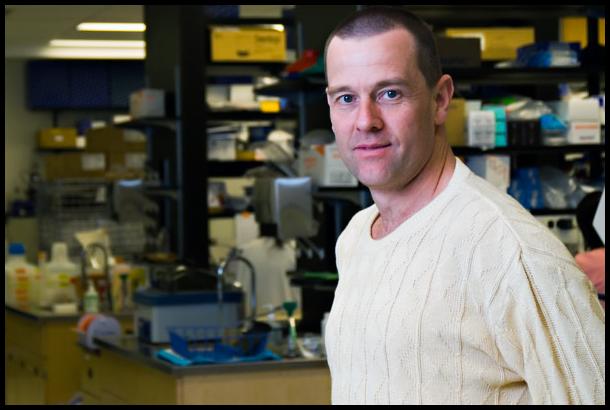 Professor and Ashoka Fellow Aled Edwards was a traditional biologist and researcher working in academia. But he became increasingly frustrated by a biomedical and drug discovery system that does not deliver.

For example, despite billions of dollars of investment in basic research, too little is known about the cause of Parkinson’s Disease, though it was first described in 1817. And when life-saving drugs are discovered, they are often only available to those who can afford them; the first drug released to treat HIV cost $8,000–equivalent to $17,000 today–prohibitive to many patients. To create a more efficient and equitable system, Aled created the Structural Genomics Consortium (SGC), which utilizes open science practices–research and ideas are made available rather than kept proprietary–to help make life-impacting discoveries for a fraction of the cost and time. Funded by the Canadian, among other, governments, charities and pharmaceutical companies, the SGC brings together a community of like-minded scientists around the world.